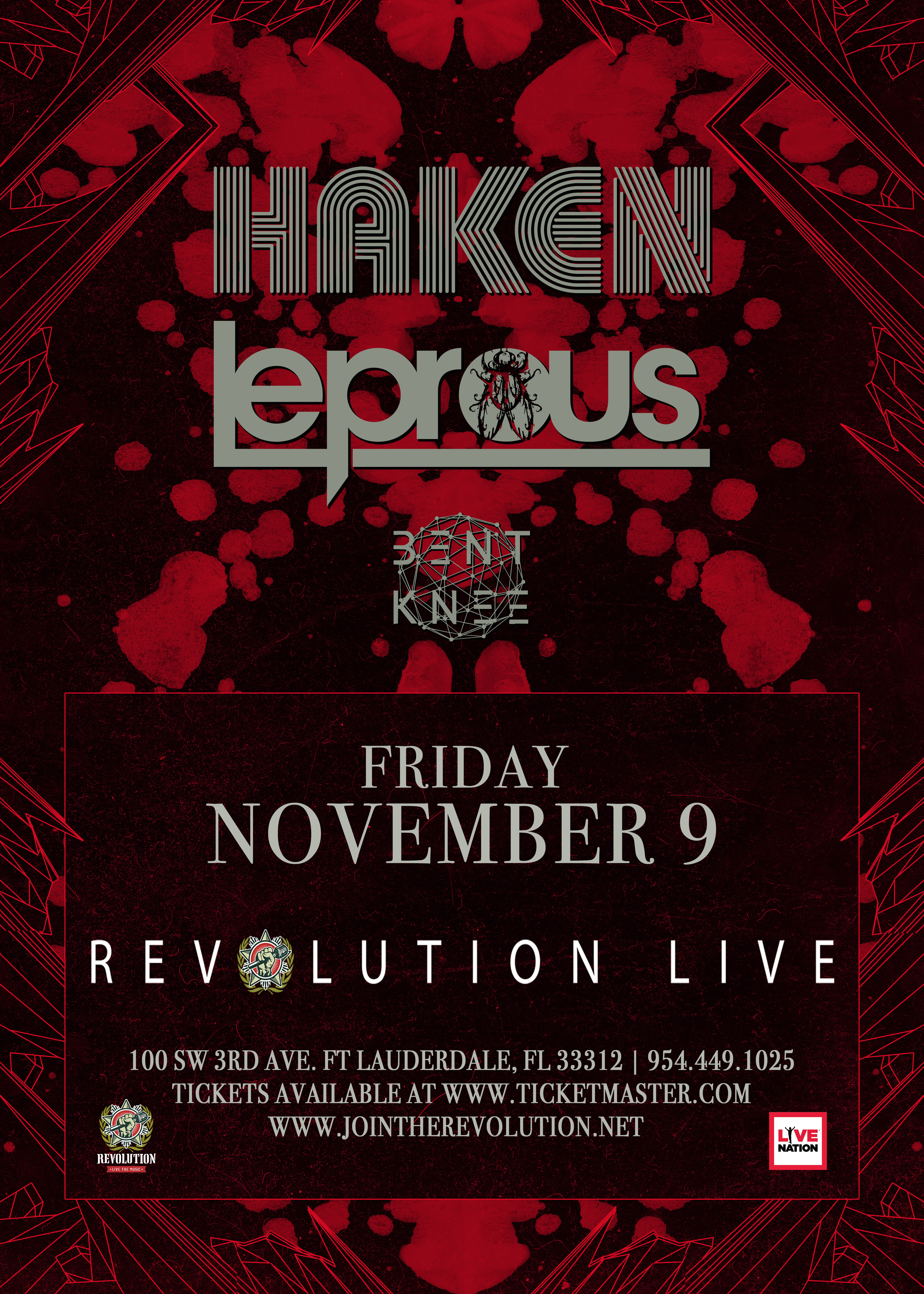 Haken are a full-fledged modern progressive rock band hailing from London, England. Their sound has evolved from the prog metal on 2010’s Aquarius and 2011’s Visions to a shapeshifting, kaleidoscopic amalgam of progressive metal, jazz syncopation, hooky electronic pop, and anthemic rock & roll as heard on their most mature statements The Mountain (2013) and Affinity (2016).
Formed in 2007 by To-Mera guitarist and keyboardist Richard Henshall, Haken initially underwent a few line-up shuffles the group’s personnel settled to include singer Ross Jennings, guitarist Charlie Griffiths (of Linear Sphere), keyboardist Diego Tejeida, bassist Thomas MacLean (also of To-Mera), and drummer Ray Hearne. On the strength of their first demo in 2008 — aided by extensive touring — they signed with Sensory Records in 2010 to release Aquarius. Blending prog-metal with influences from ’70s art rock giants (Genesis, Kansas, etc.) and more contemporary ones (Porcupine Tree, Opeth), they quickly followed up with Visions in October 2011. Haken’s third album, the influential The Mountain, arrived in 2013 via Inside Out Music. It brought elements of Queen and Led Zeppelin into their mix of sounds. It would be the last to feature bassist Thomas MacLean. His replacement, American bassist Conner Green, came on board in time to record 2014’s Restoration EP, which contained several reworked versions of songs from their 2008 demo. Meanwhile, writing had already begun for their fourth full-length, produced by longtime collaborator Jens Bogren. Inside Out issued the pre-release single “Initiate” in March 2016, followed by a second, “The Endless Knot,” in early April. The completed album, Affinity, was released at month’s end during the band’s European tour. The two years of touring that followed resulted in more favorable press and a greater recognition among listeners for Affinity, but also the concert offering L1ve in the summer of 2018 taken from a gig in the Netherlands on the occasion of the band’s 10th anniversary. Released as a four disc setcombining audio and video of the performance that included tracks from their entire catalogue.