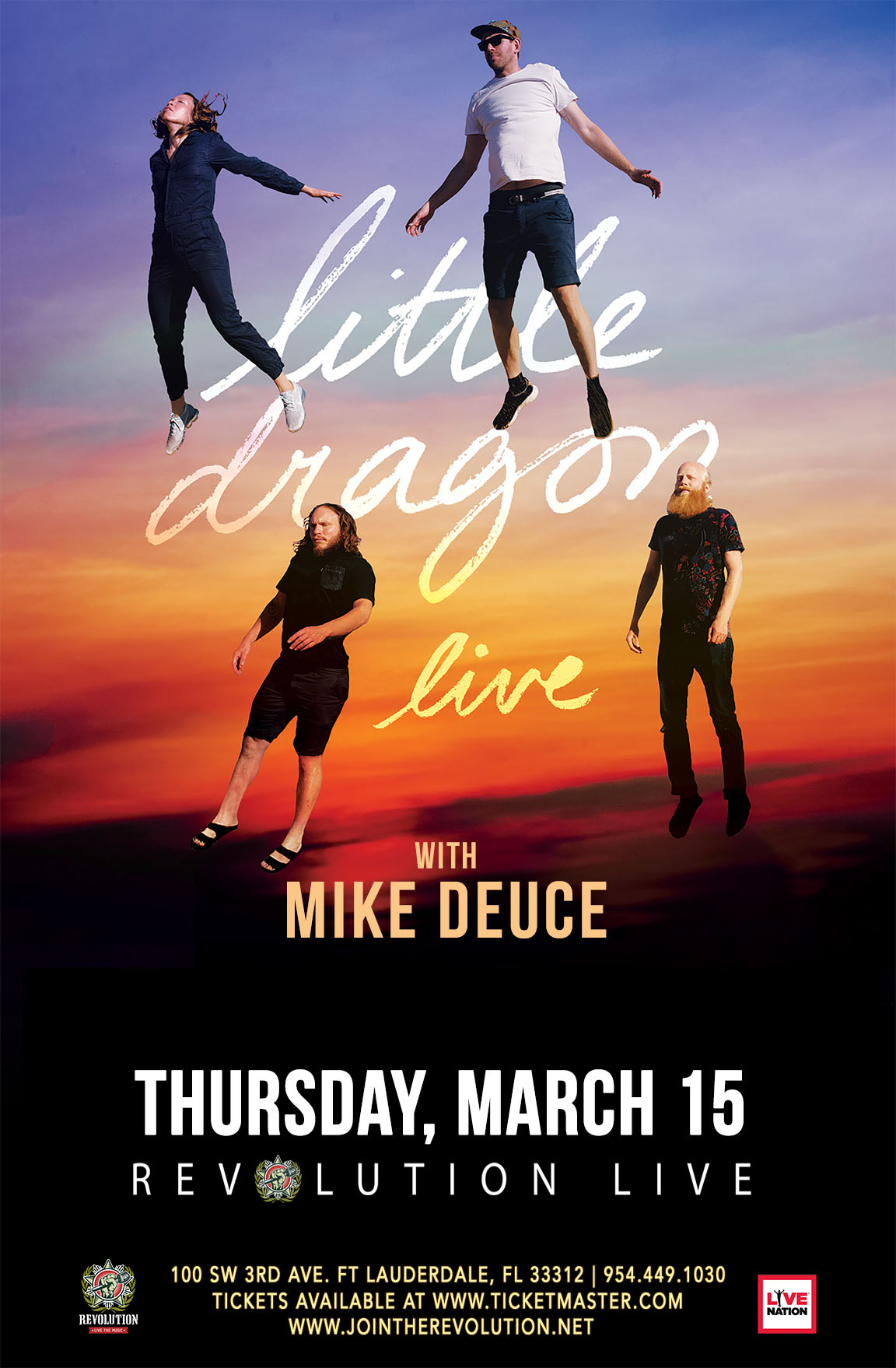 Little Dragon will take their infectious electro-pop back on the road this spring. The Grammy-nominated band has announced a run of U.S. tour dates for March 2018, routing through the West and Gulf coasts. Tickets are on sale this Friday, January 12 at 10:00 AM Local Time at LittleDragon.net and all dates are listed below.

Little Dragon released Season High on Loma Vista last year, which Brooklyn Vegan called “continued proof of how timeless this band can be.” From the album came irresistibly smooth singles “High,” which Pigeons and Planes included in their Best Songs of 2017, and “Sweet.” View the mesmerizing music videos for both tracks below.

This group has never felt compelled to induce whiplash; in fact, their willingness to lay back and luxuriate presaged a wave of reflective, unhurried pop that remains trendy today.
– Rolling Stone

“Season High, Little Dragon’s latest triumph, is continued proof of how timeless this band can be.” – Brooklyn Vegan

“With an evolved new collection of tracks that are both hot and smart, Little Dragon has set themselves further apart.” – Under The Radar

“Season High i s typical Little Dragon fare, and we mean that in the best way possible. This is perfect pre-summer music.” – Pigeons & Planes

“Throwback synths welcome in the warm slice of alternative R&B, a track full of smooth, subtle low-end and snapping percussion. “High” is equal parts meditative and sensual…”
– Consequence of Sound

“Season High moves from slinky Prince pastiche to body-jacking house music, and it takes all of them with a smooth sense of assurance.” – Stereogum

“This paean to loose trips and close touches is a reliable soundtrack to a narcotized Valentine’s Day in with a main squeeze.” – NPR

“Here’s your new, woozy bedroom anthem. Press play and vibe out. This is music therapy at its most alleviating.” – NYLON 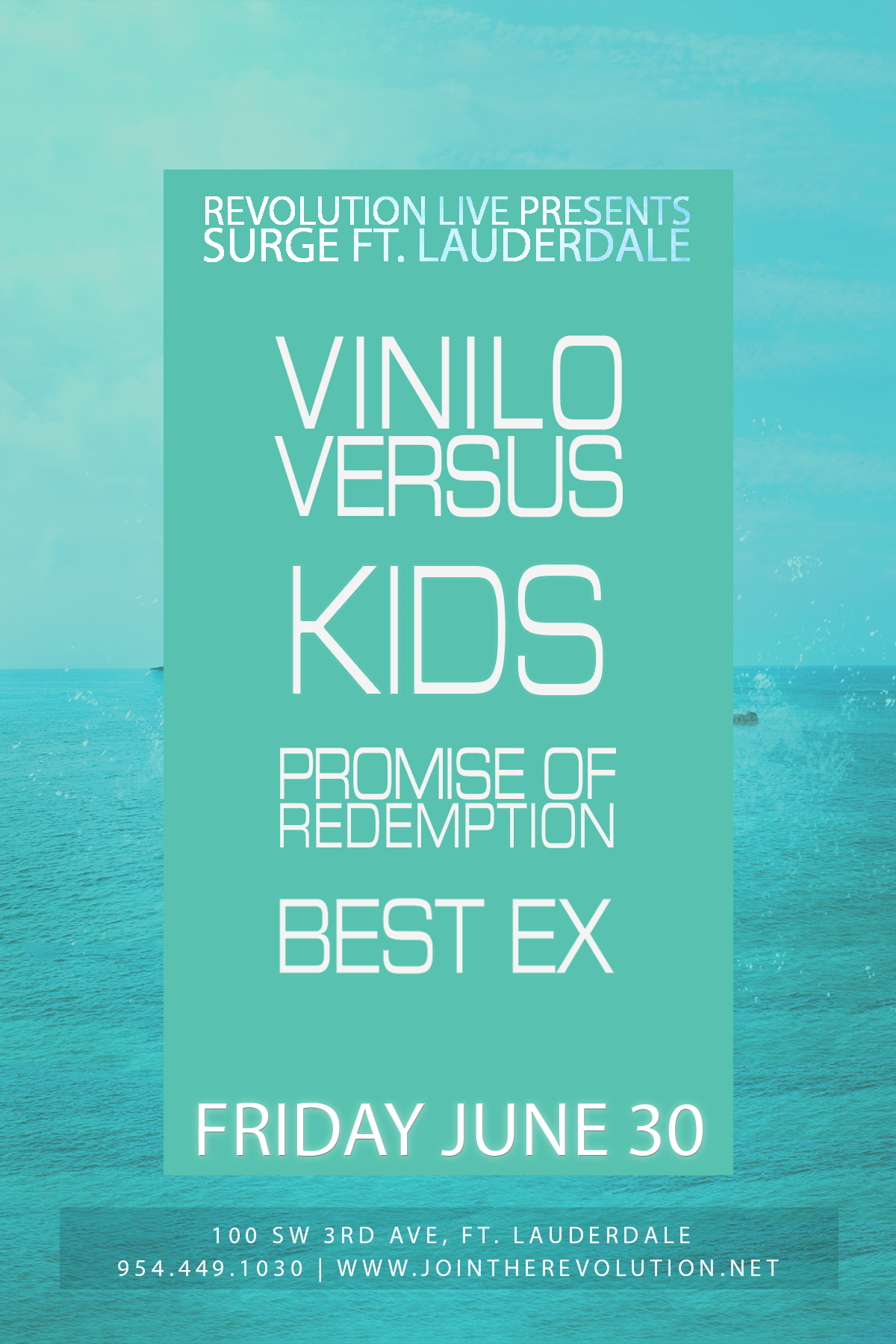 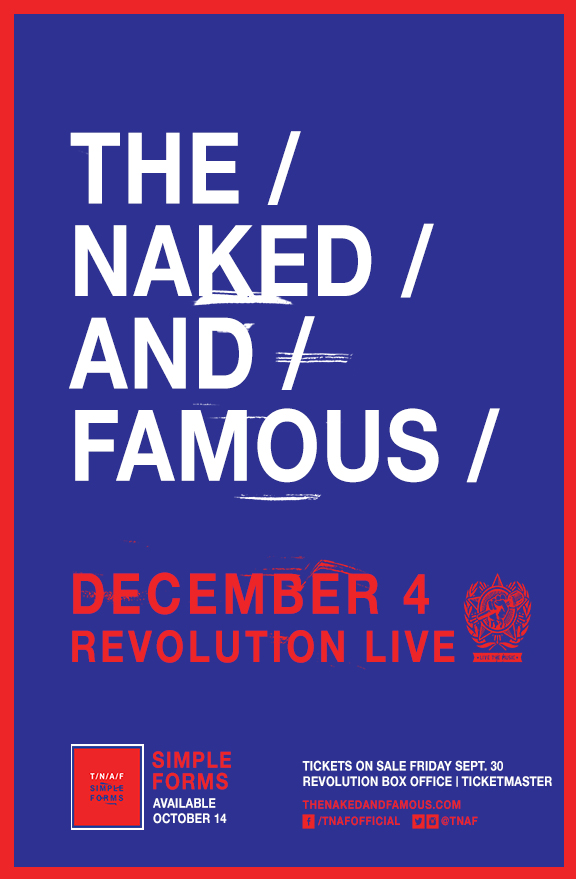 Everyone knows that the very best music can meddle with your mind, plunging you into the opposite extremes of both happiness and sadness all at once, in intense three minute bursts. It can transport you temporarily to a realm where anything is possible and nothing is out of reach. The latest key holders to that illusive turf are New Zealand’s The Naked And Famous (TNAF). This indie electronic ensemble makes driving, melodic pop with an ’80s post-punk influence that are centered around the talents of vocalist Alisa Xayalith and instrumentalist/vocalist Thom Powers. These young Aucklanders have at their disposal a seemingly effortless ability to capture the giddy fun and relentless hooks one has come to expect from the very best electro-pop, while at the same time striving for something grander, more brooding and atmospheric. But anyone who’s witnessed TNAF emerge from what they like to call their natural studio habitat to step onstage – where their songs become a truly enveloping experience – will testify to the sheer epic proportions.

If your idea of a wicked Wednesday night is tripping balls to some psychedelic indie rock, then chances are good that you were among the sweaty, sore-throated masses at Revolution Live last night. Concertgoers were treated to back-to-back sessions of soaring guitars and trippy visuals thanks to Portugal. The Man and Crystal Fighters.

It was pop at its most unapologetic. Both bands skipped from one crowd-pleaser to the next with only the briefest detours into darker material. And both delivered strong sets that left fans satiated.

Pringle and Fletcher sprung onto the stage in style a minute later. Both singers wore bizarre, sparkly outfits, but it was Pringle whose getup was the most absurd. He wore huge sunglasses, a rainbow sequined jacket and top, a black skirt, and enough bling to make Mr. T blush. His long hair was pulled into a knot, wrapped in a headband, and draped with a bedazzled scarf.

Thankfully, the Spanish band had the songs to back up its style. Pringle and Fletcher led the audience from one folktronic hit to another; “LA Calling” and “At Home” were crowd favorites. As Pringle pranced on stage and Basque flags waived in the audience, Vierich and Dickson took turns pounding on a giant wooden percussion instrument called a txalaparta.

It was a hard act to follow, but Portugal. The Man didn’t disappoint. Lead singer and guitarist John Baldwin Gourle took the stage in a suit jacket, buttoned-up dress shirt, and slim gold chain. The combination made him look like a cross between a college T.A. and a preacher’s son.Crystal Fighters provided the perfect opening mix of dreamy alt-rock and up-tempo pop. The band borrowed two members from Portugal for its finale: a barnstormer that ended with bare-chested guitarist Dickson climbing onto a table. The result was a screaming Spanish fangasm of spectacular proportions.

His music was anything but uptight. Gourle sang baby-making rock ballads with devilish lyrics like these from “Modern Jesus”:
Don’t pray for us/We don’t need no modern Jesus/To roll with us/The only rule we need is never/Giving up/The only faith we have is faith in us.

The progression from one song to the next was nearly flawless as Portugal opened with the ode to ecstasy “Purple Yellow Red and Blue,” only to then come back to it at the end of the set. The only problem was technical trouble Gourle seemed to having with his pedal board early on. “Fucking technology,” he griped.

The Alaskan band with a European name was aided by a giant four-peaked projection screen. For most of the set, the screen was splashed in psychedelic patterns. But during some songs, the screen transformed into a canvas for strange anatomical animations: brains with mouths, blinking eyeballs, demon hands with pink claws, and what looked like a pair of green, throbbing testicles.

Somehow it all worked. Portugal. The Man progressed through its excellent new Danger Mouse-produced album, Evil Friends, while tossing in the occasional oldies like “So American” and “Got It All.”

Portugal played for a solid two hours, but, in all honesty, the set could have been shorter. The band lost the crowd a little during a mazy, 20-minute encore capped by a kitschy cover of “Hey Jude.” But the initial set had been so seamless and soaring that not even a stumble at the finish could mar an otherwise kickass Wednesday night.

If ever there was a night in all of 2013 to see some good live music, it would be October 9th. Three fantastic bands decided to voyage down to the ol’ South Florida, including Portugal. The Man, whose eighth album Evil Friends has permeated the airwaves and blogosphere with it’s increasingly radio-friendly sound. This angle of creating accessible yet quality pop music was evident at the show, as the crowd flooded Revolution Live!’s every corner. Composed mostly of eager teens and twenty-something year olds, I feared the show would just turn into a spectacle to be recorded on the likes of Instagram, Facebook, etc etc. Thankfully though, the audience shook off my expectations and found themselves really living the show, for the most part.

First up were Crystal Fighters, and I’m not going to lie, when they arrived I was so ready to hate them. The guitarist ran up, already topless, basking in the cries of sexually frustrated front rowers. Holding them firmly in place, I really had to try hard not roll my eyes. Then the two lead singers, Sebastian Pringle and Eleanor Fletcher pranced in with glittered and bedazzled cloaks over their faces. Did I mention I really wanted to hate them? But the truth is, putting away any pretentious judgements I may have had, they did put on a really fun show. A good portion of the crowd seemed to be pretty hardcore fans of both Portugal. The Man and their openers, so the venue really came alive to their tunes. And why not? Though they’re not the next voices of our generation, or are not making any real musical landmarks, they had a vibrant onstage presence and played danceable tracks well suited to the audience’s demographic-on the outskirts of indie, with toes dipping more into the mainstream. With their easy to remember choruses and melodies pleasant to the ear, it wasn’t hard to jam out with the Brit rockers. Set standouts included “At Home” and their club dance-y “I Love London”, which found Portugal. The Man’s Zach Carothers on percussion.

When the headliners finally took to stage at around 10:30pm, the audience went downright crazy. Prior to this show, I could never really imagine how music fans lose their heads for a band like Portugal. The Man. It’s not that they’re a bad band or anything- in fact I don’t have anything against them, and upon interviewing Carothers, found him to be a swell dude. But they’re not a band that scream “die hard following” like Radiohead, or more pointedly older bands with cult like devotion, such as Fugazi or Elliott Smith. I couldn’t ever wrap my head around the fact that they could be someone’s favorite band, even though I know a few people who think of them that way. I now know why.

The thing with Portugal. The Man, is that they are undoubtedly consistent, never deviating from their goal of making music that appeals to a progressively broader and broader audience. They are aware of this. They aren’t blindly “slipping” into the mainstream, they are consciously making it a goal- and if their Fort Lauderdale show proved anything, it is that it’s working. Throughout their lengthy set, kicking off with “Purple Yellow Red and Blue” fans danced and shouted along to nearly all of their lyrics. The band threw in some covers, spawning from mid-set jam sessions, including “Another Brick in the Wall” by Pink Floyd and “Hey Jude” by The Beatles. The audience knew these songs, and could easily sing along. The band is smart. A lesser known cover, their rendition of “I’d Rather Go Blind” by Etta James, which I actually praised in our interview having heard it on their soundcloud, proved that the band is quite malleable in their approach to music. All in all, Portugal. The Man is doing exactly what they set out to, one show at a time.

PHOTOS AND WORDS BY MARISA MATLUCK

Crystal Fighters opened up for Portugal. The Man at Revolution Live Wednesday night, bringing the crowd to their feet with their upbeat songs! They played fan favorites “Swallow,” “Champion Sound,” “You & I,” “Follow,” and “Plage” to name a few. Towards the end of their set, Portugal bassist Zachary Carothers came on stage to jam with them on the bongos. Portugal’s set lasted about two hours, and had everyone mesmerized by their music and the cool graphics projecting behind them. They played their own music as well as a few covers by Pink Floyd. The crowd cheered for an encore for about five minutes before the band came back onstage along with Crystal Fighters’ Graham Dickson for another three songs. After the venue cleared, all that was left were a few groupies waiting along the stage for guitar picks. The light show was amazing! — Marisa Matluck