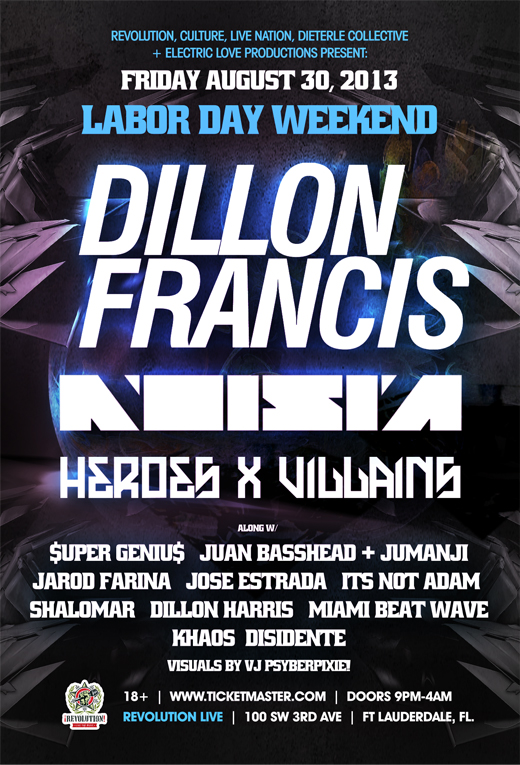 Original, emotional, visceral. These are all words that are used to describe Noisia’s music and each is more than justified. In less than a decade the Dutch trio, renowned for their unparalleled technical skill, has gone from releasing drum & bass on now defunct independent labels to crossing multiple genres, scoring for triple A video games, having their music used on trailers for Hollywood blockbusters and producing and remixing tracks for some of the world’s biggest artists. Working from their studio Nik Roos, Martijn Sonderen and Thijs de Vlieger have gradually developed and cultivated a sound that’s all their own; a sound that’s obsessed with production techniques; a sound that’s instantly recognizable whether you’re hearing three minutes of a Noisia track dropped at a festival or three hours of it while playing Devil May Cry 5. Having pushed the envelope and successfully managed to blend incredible sound design with unrelenting and uncompromising beats and basslines, Noisia’s sound is undoubtedly unique.