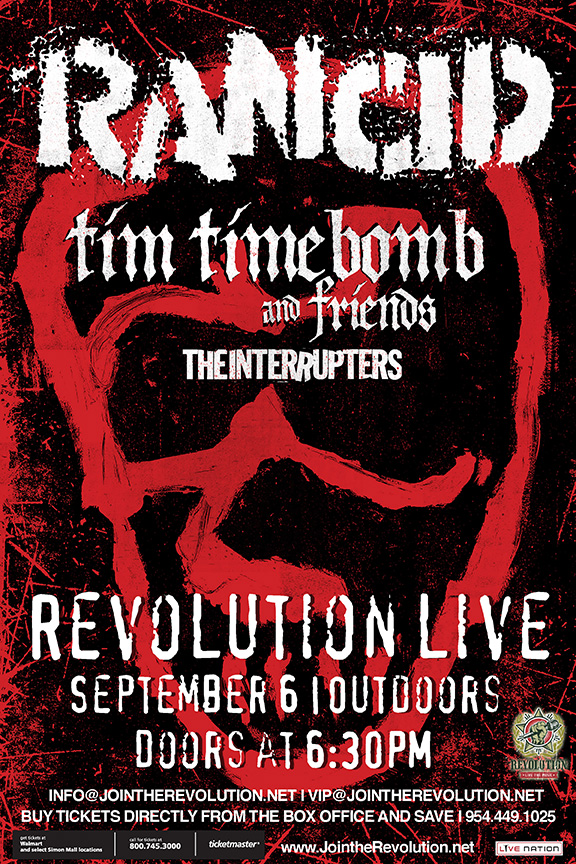 One of the cornerstone bands of the ’90s punk revival, Rancid’s unabashedly classicist sound drew heavily from the Clash’s early records, echoing their left-leaning politics and fascination with ska, while adding a bit of post-hardcore crunch. While some critics dismissed Rancid as derivative, others praised their political commitment, surging energy, and undeniable way with a hook. And, regardless of critical debate over their significance, the band’s strengths made them perhaps the most popular neo-punk band after Green Day and the Offspring. Their third album, 1995′s …And Out Come the Wolves, made them a platinum-selling sensation and an inescapable presence on MTV and modern rock radio. While they never translated that success into an enormous blockbuster record (like the aforementioned bands who hit the mainstream first), that wasn’t necessarily their ambition, choosing to stay with the independent punk label Epitaph and the creative freedom it allowed them. That decision helped them retain a large, devoted core audience as revivalist punk-pop began to slip off the mainstream’s musical radar.