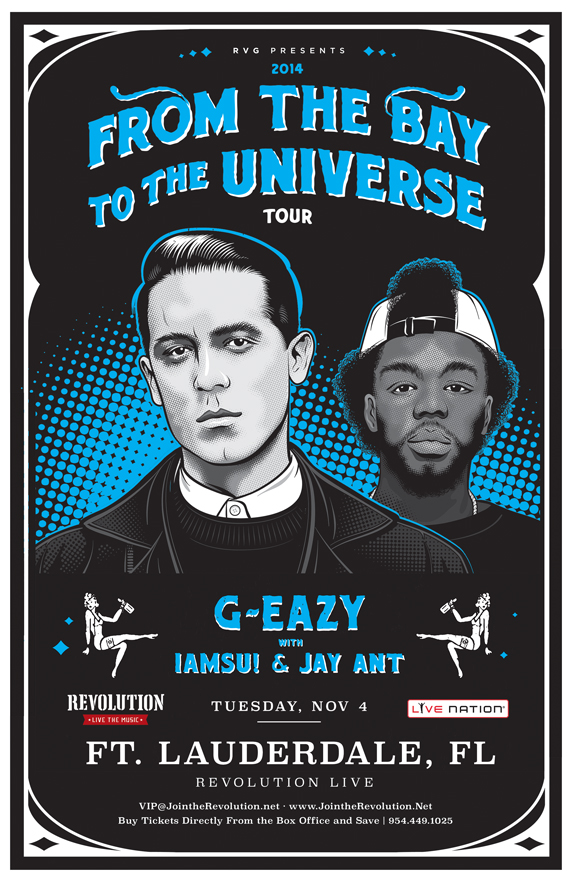 The “From the Bay to the Universe Tour” comes off a stellar summer for G-Eazy, from the release of These Things Happen, his first European tour, dates on the “Drake vs.Wayne Tour” and his late night TV debut on Late Night With Seth Meyers. After MTV dubbed “Far Alone” their 2014 “summer jam” and G-Eazy as their “Artist to Watch”, the Oakland Tribune’s declaration that G-Eazy’s buzz is “deafening” has become an understatement. G-Eazy’s album These Things Happen has surpassed 100,000 copies sold and 35 million Spotify streams after debuting on the Billboard R&B/Hip-Hop and Top Rap Albums Charts at #1, while garnering the #3 position on both the Billboard 200 and Top Digital Albums Chart. G-Eazy’s accomplishments have not gone unnoticed, earning praise from The New York Times, Pitchfork and VIBE, who noted G-Eazy’s method for success in their review of These Things Happen, stating: “Sans radio single, sans famous rapper cosign, sans beats from super producers, the Bay Area-native has leveraged blog exposure, social media reach and a relentless touring schedule into a sizeable fan base.”