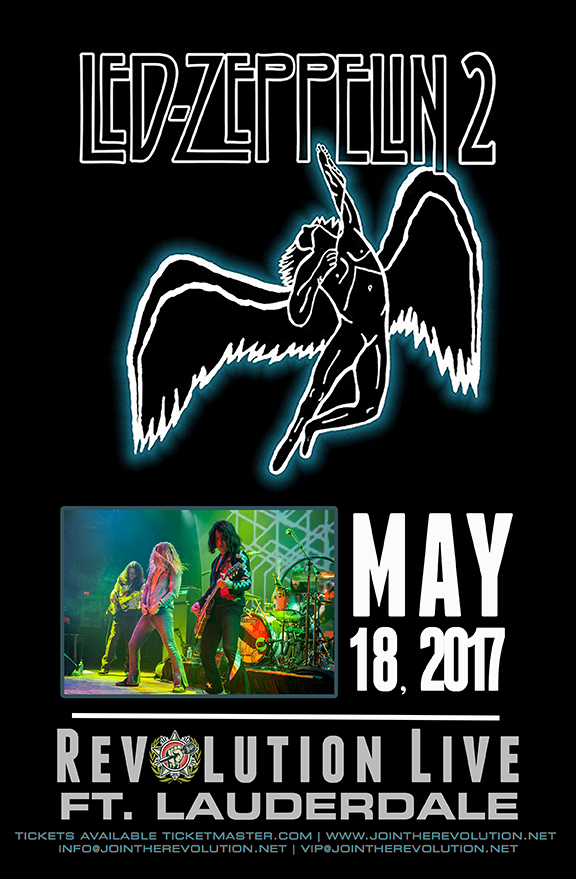 “The closest thing to seeing the real Led Zeppelin.”

dinosaurs. The band is on its way out of the minor leagues, and is now playing bigger venues for a

generation of fans too young to have ever experienced the genuine article.”

“A lot of Zep tributes out there, but this one’s our favorite… its members fully immerse themselves in the

musicianship and style of the four classic-rock heavyweights. That Yakuza howler Bruce Lamont does a

mean Robert Plant is icing on the cake.”

“Imitation is the sincerest form of flattery, and in the case of Led Zeppelin 2, it’s one of the best.”

“As good a Zep as Zep ever did back in the day.”