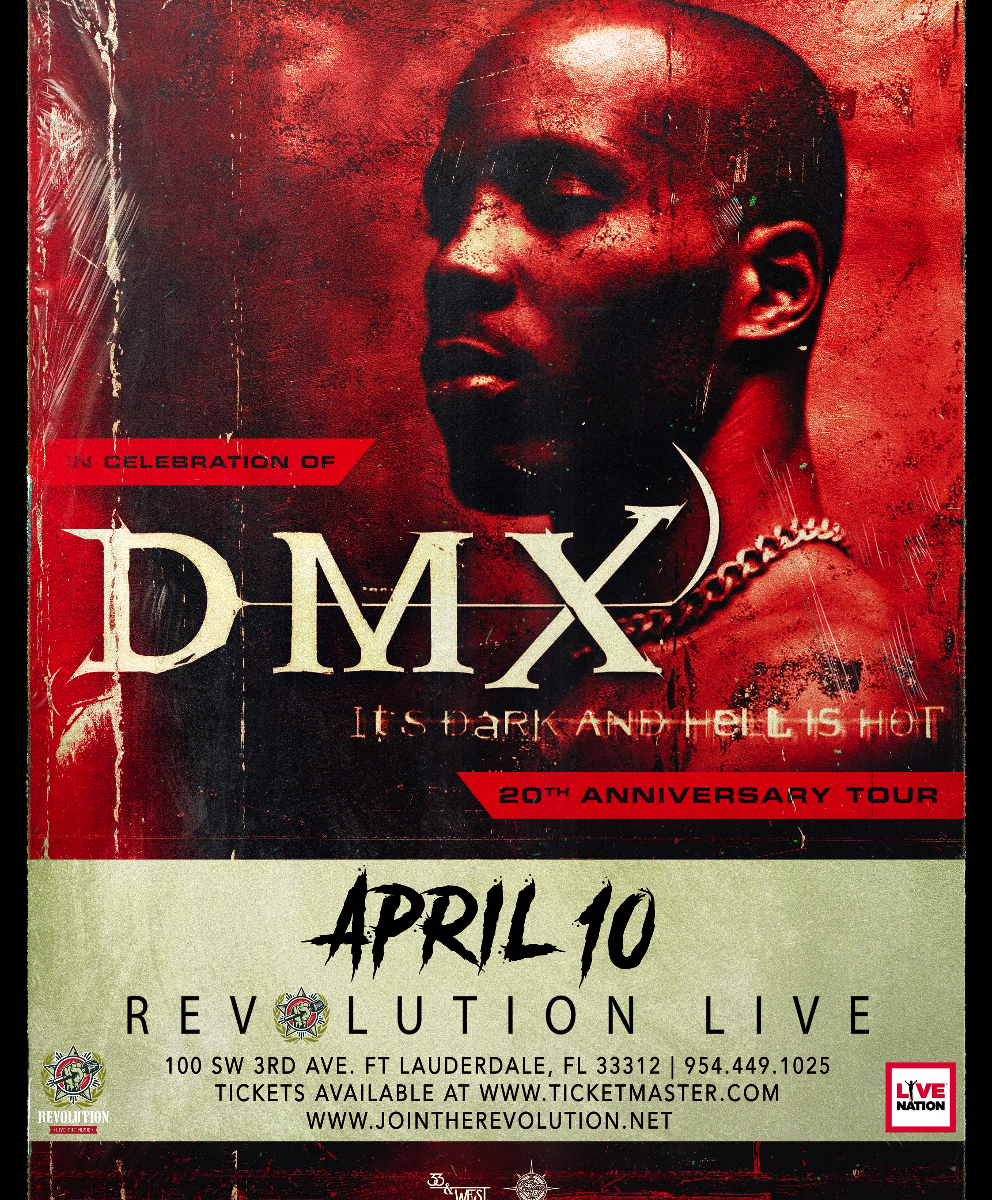 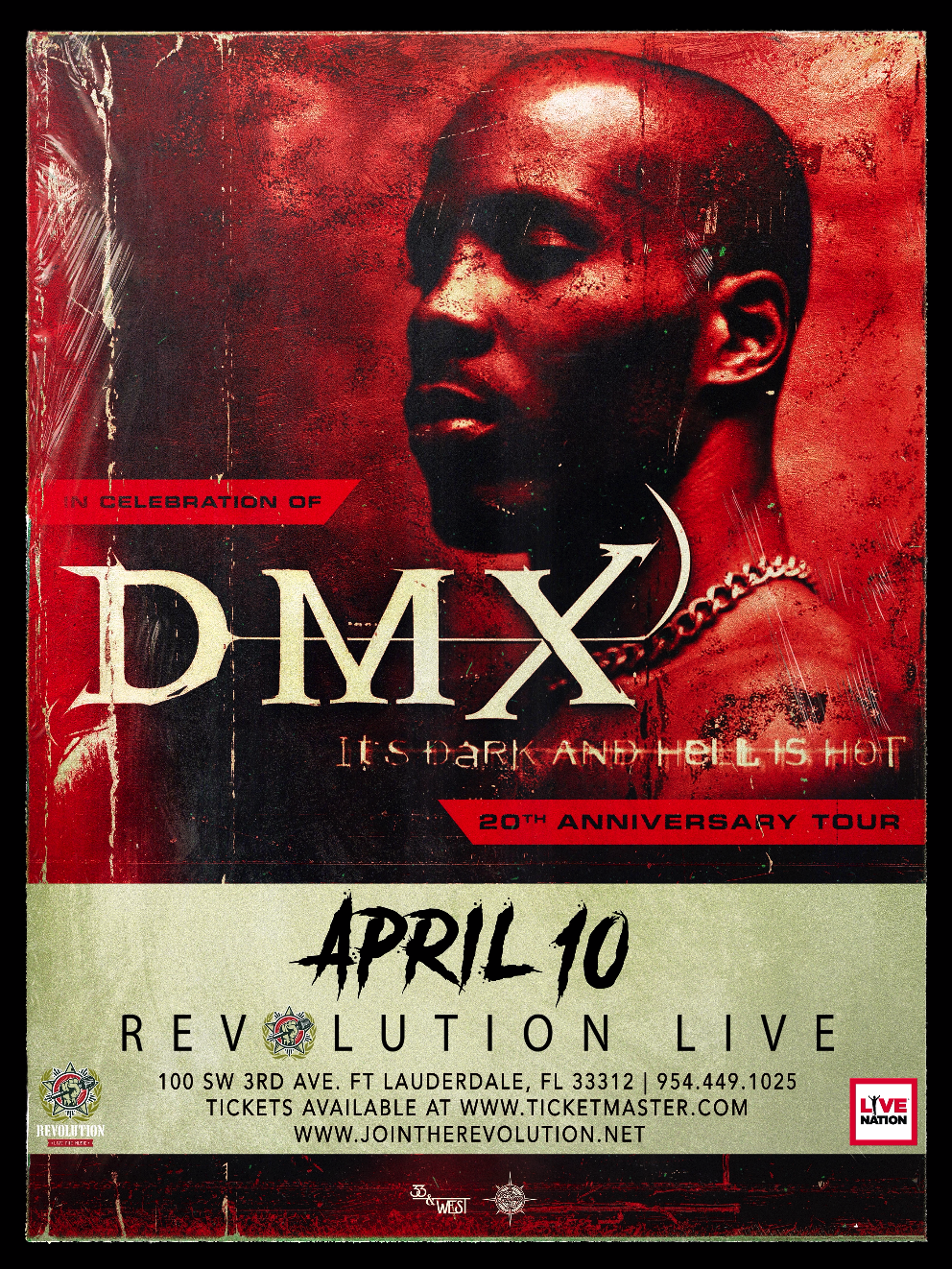 This show is now SOLD OUT!
Resale tickets may be available via Ticketmaster. This is the only authorized ticketing outlet for Revolution Live. Any other tickets purchased from individuals or secondary resale platforms are not guaranteed as valid tickets.

Following the deaths of Tupac Shakur and the Notorious B.I.G., DMX took over as the undisputed reigning king of hardcore rap. He was that rare commodity: a commercial powerhouse with artistic and street credibility to spare. His rapid ascent to stardom was actually almost a decade in the making, which gave him a chance to develop the theatrical image that made him one of rap’s most distinctive personalities during his heyday. Everything about DMX was unremittingly intense, from his muscular, tattooed physique to his gruff, barking delivery, which made a perfect match for his trademark lyrical obsession with dogs. Plus, there was substance behind the style; much of his work was tied together by a fascination with the split between the sacred and the profane. He could move from spiritual anguish one minute to a narrative about the sins of the streets the next, yet keep it all part of the same complex character, sort of like a hip-hop Johnny Cash. The results were compelling enough to make DMX the first artist ever to have his first four albums enter the charts at number one.