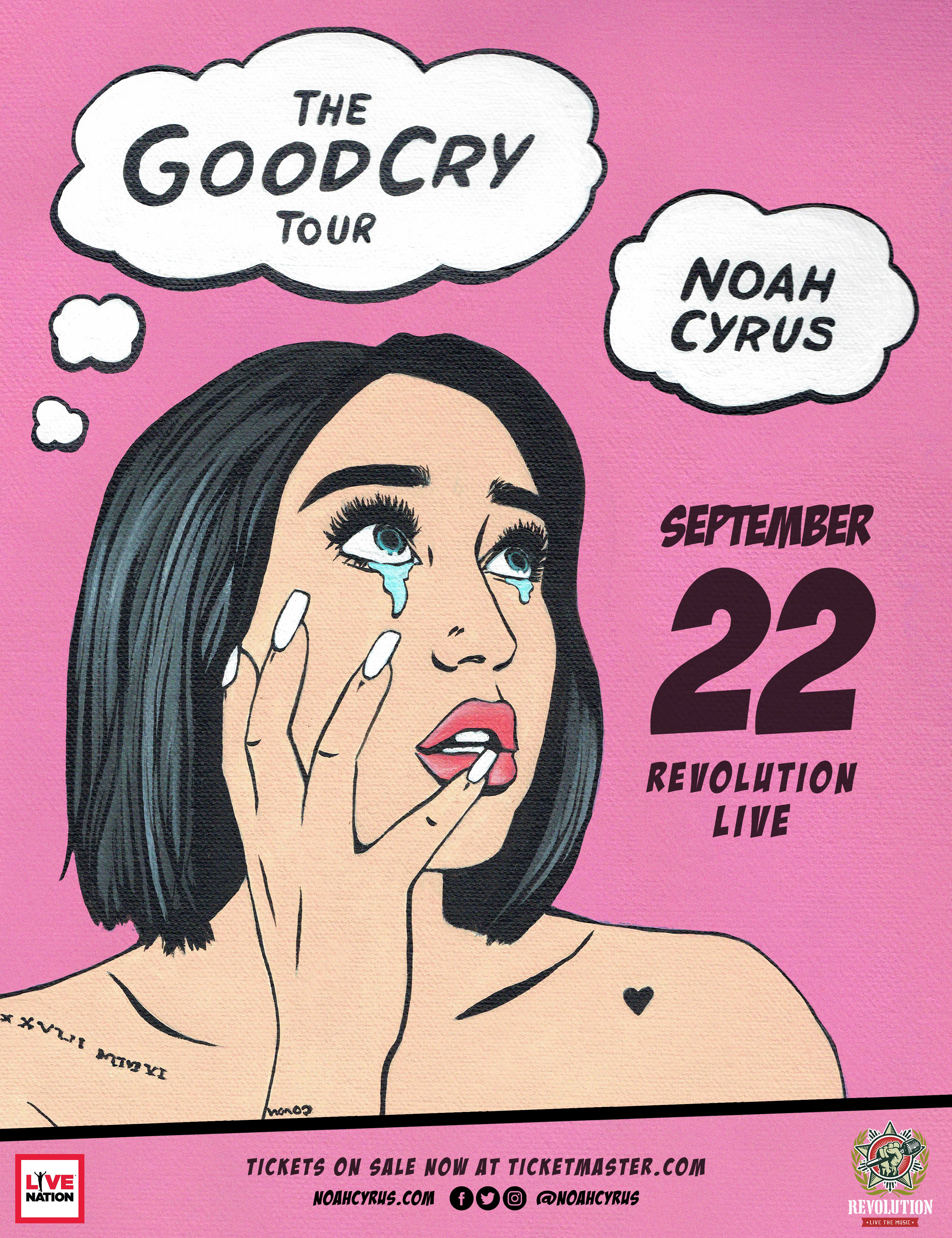 Platinum-selling artist Noah Cyrus will embark on her first-ever headlining run this fall across the U.S. and Canada – The Good Cry Tour! “I’ve been waiting for such a long time to travel and see my fans who have been supporting me the last couple of years. I can’t wait for them to come experience this sad girl’s dream world. We’re either gonna dance or cry the night away,” exclaimed Cyrus.
Just last year, the 18-year old rising pop star opened for Katy Perry on her U.S. tour and she recently sold out her first Los Angeles headline show at the Troubadour in mere minutes. Cyrus once again made an appearance at Coachella in 2018 for the second year in a row, this time joining Alan Walker for “All Falls Down.”
Cyrus is continuing her stream of releasing eclectic pop tracks, and recently shared an intimate duet with her boyfriend Tanner Alexander, titled “Lately.” This song follows “Team,” Cyrus’ duet with MAX which continues to grow at Top 40 Radio. Wonderland Magazine recently noted how Cyrus has become known for “penning honest pop bops as an ode to her independence,” and these newest track falls in line.
Cyrus’ star began to shine in 2017, as her debut single with Labrinth “Make Me (Cry)” went straight to #1 on Spotify’s Viral Global Chart within hours of release and has since surpassed 500 million global audio and video streams. Her follow up songs have all continued to rack up streams and views, while her budding fanbase grows daily. Her forthcoming album is due later this year on RECORDS/Columbia.