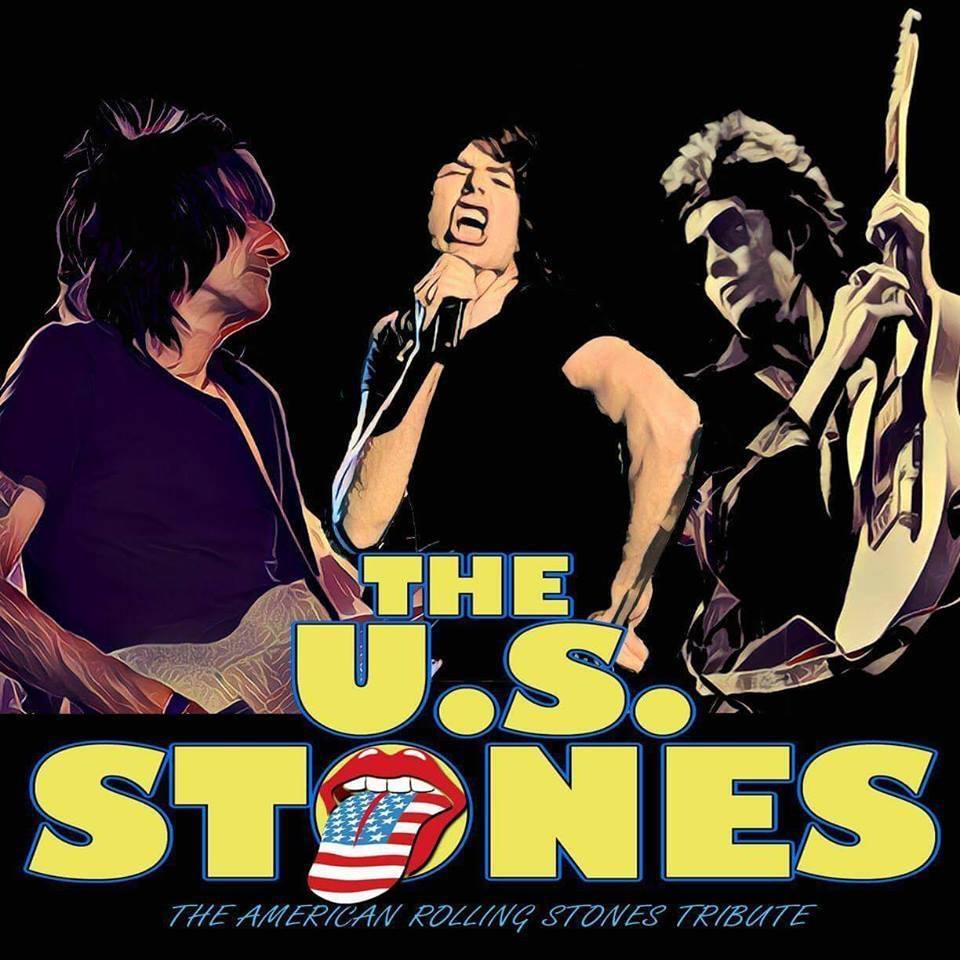 The U.S. Stones are the American Rolling Stones Tribute Band! With Doug Baird and Eric Anderson both portraying ‘young in their prime’ Mick Jagger and Keith Richards. The U.S. Stones not only captures the looks, moves and style of the Rolling Stones but also fully recreates the Stones concert experience.

A 6 piece band augmented with percussion, horns, and backing vocals. This is as real as it gets. High energy and the ability to reproduce the persona of each member with mannerism, authentic gear and stage outfits allows the U.S. Stones to bring the look, feel and swagger to the stage!

From late 2012 onwards, the U.S. Stones has to played to over an estimated audience of 125,000+ people. And that’s just from their large open air festival dates throughout the United States alone! And it’s not going to stop there. The U.S. Stones continues to attract a large following of fans wherever they go!

For the die hard Stones fans, this is their chance to go back in time and relive the Rolling Stones at their peak. For the new generations of Stones fans, this will be the perfect history lesson on the ‘World’s Greatest Rock and Roll Band’!