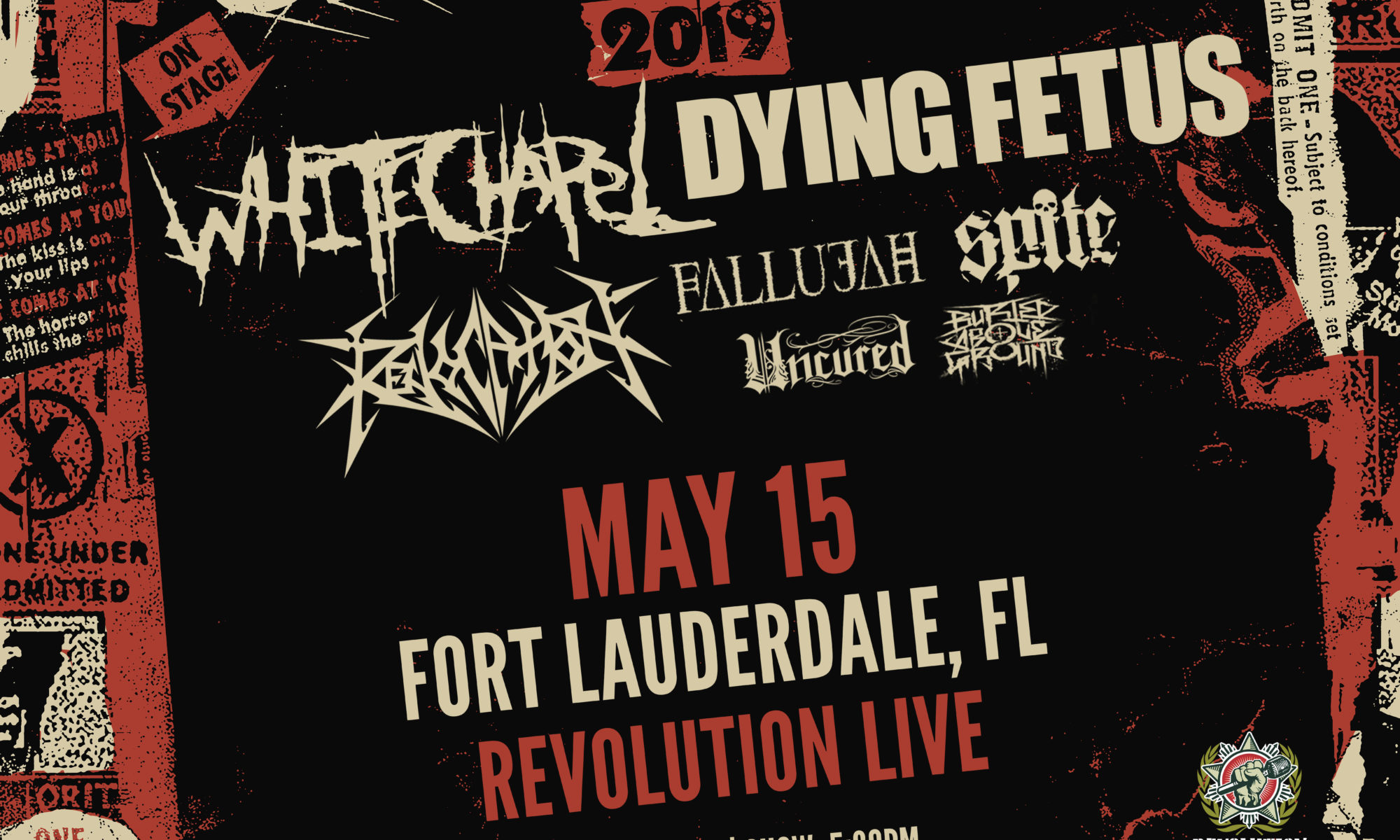 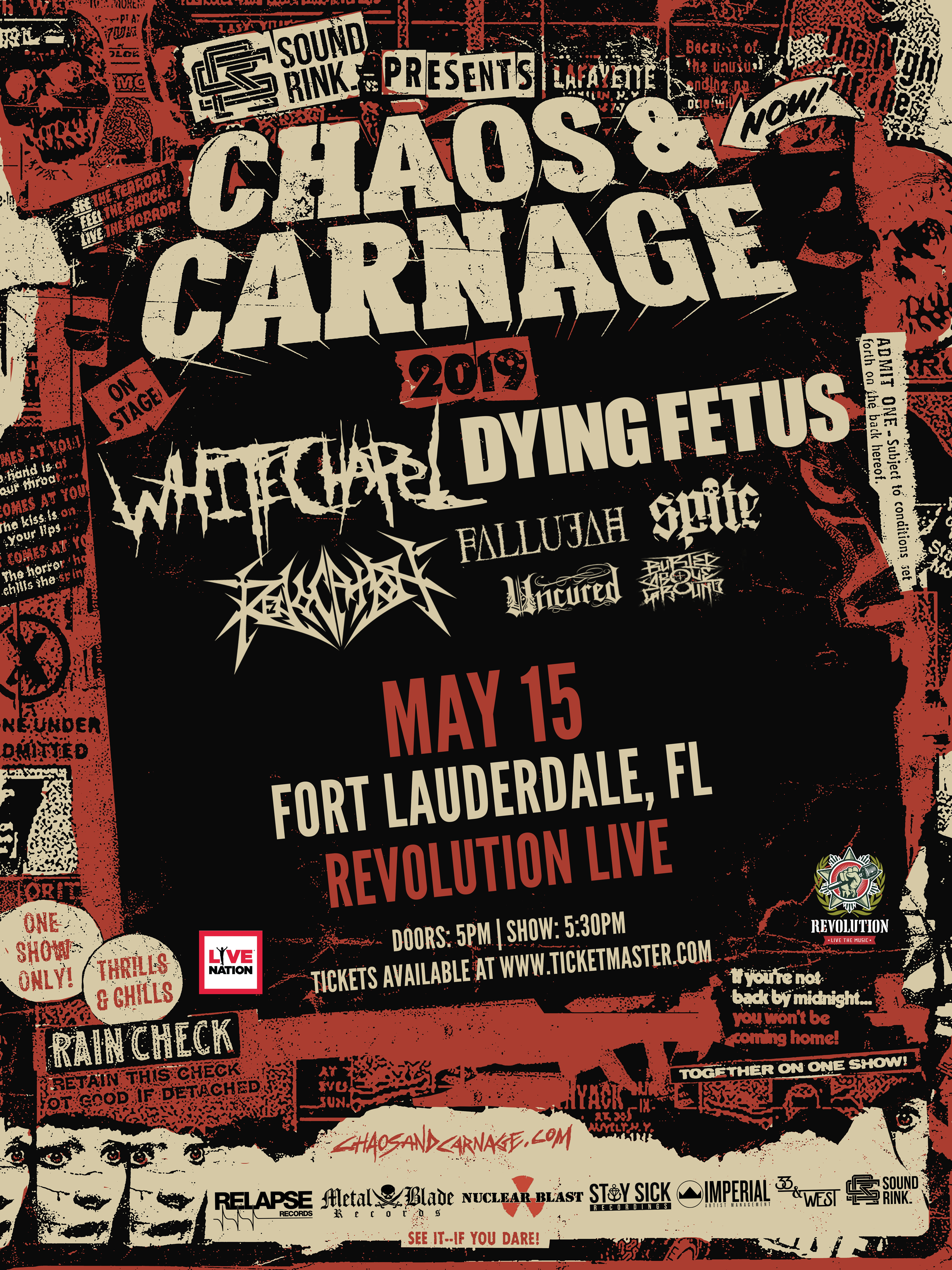 Since their 2007 debut, The Somatic Defilement, Whitechapel‘s output has been mired in darkness, but they have never inhabited blacker territory than where we find them on 7th full-length, The Valley. “Lyrically, emotionally, melody wise, there are not many ‘happy’ sounding parts on this record,” states guitarist Alex Wade. “Our last album, Mark of the Blade (2016) did not sound exactly ‘happy’ either, but the majority of those songs did not have much emotion or vibe behind them, they were just straightforward metal songs. These songs have a darker, more melancholic presentation to them.” With vocalist Phil Bozeman having never held back when it comes to speaking his mind, and delivering lyrics as uncompromising as his decimating vocals, this time around he gets even more personal, and in looking to the hardships of his childhood the music needed to fit the tone. “It’s all about me as a child, and some of it is me looking back on that time from the perspective of now,” he explains. “Also, it’s my interpretation of my mom’s struggles and her different personalities. She had a journal that contained very disturbing and sometimes evil writings, and some of her quotes and a lot of that journal is in the lyrics.“

With Wade admitting that due to internal issues during the making of Mark of the Blade the result was not their best work, it remains a record he is proud of, with the band confidently venturing into new sonic territory, and it was still a huge hit with their fans. But for The Valley, Wade, Bozeman, bassist Gabe Crisp and guitarists Zach Householder and Ben Savage were all “in a much better place mentally, and the music reflects that“. As with all of their releases there was no plan in place ahead of time, preferring to let the music develop organically, and this time they were assisted by technical wizard Navene Koperweis – formerly of Animals As Leaders and Animosity – behind the drum kit. “I really love what Navene brought to the table for us with his drumming. It’s the perfect mixture of hard hitting groove that sits in the pocket and the speed/technicality you are used to hearing in our music. He’s an amazing musician and nailed all of the drum tracks in 5 days, which really impressed me,” Wade enthuses. Anyone throwing The Valley on for the first time will immediately recognize it as the work of Whitechapel, yet as has been the case with each release there is also evolution in play. “Sound-wise, it’s all over the place,” Bozeman states plainly. “There’s aggression, and then you’re hit with ominous and emotional guitar riffs. It’s mean, but then transfers to soft and inviting. It’s a whirlwind of emotions throughout.” As on the record’s predecessor, Bozeman again brings some clean vocals into the mix, which are only ever implemented for the betterment of the individual song, and “Hickory Creek” is Whitechapel‘s first song to exclusively feature singing. “With the instrumentation still sounding dark and heavy I think Phil’s decision to sing the whole track provides a nice complementing balance,” says Wade. “His singing never sounds awkward or forced, it always just sounds like what is supposed to go there.“

The valley of the title relates to the part of Hardin Valley, west of Knoxville, Tennessee, where Bozeman grew up. Set against this backdrop, he approaches his subject matter unflinchingly, building upon everything that came before, making it clear that he has survived that which he was forced to endure and is not afraid to confront it. “Phil has been upfront in his lyrics in the past about hardships he endured in his life as a child, and I believe with this record we tried to paint a better picture of that,” says Wade, who alongside his bandmates stands 100% behind everything their vocalist has to say. “I feel our music is Phil’s release from his past, being able to get it out and speak about it, and hopefully anyone who hears it that may have gone through similar experiences can find some release in it as well.” To track this powerful collection, the band once again teamed up with producer Mark Lewis (Cannibal Corpse, The Black Dahlia Murder) whose commitment to creating the best possible record reflects that of the musicians involved. “Mark has done the last three records so we are all aware of each other’s work ethic from the start. I was pressed for time on lyrics but I always like to write when I’m pressured. Makes it easier for me somehow,” Bozeman admits. Recorded in the home studios of Wade and Householder, with drums lain down at Warner Brothers Studio in Nashville, TN, the process was very comfortable for all concerned, taking longer than usual due to the band interrupting sessions to tour, but not to their detriment. “The sessions were fun to me overall but very much down to business,” Wade says. “Not really much partying going on during tracking, it seemed everyone was there to do their job, and because they were pretty spaced out it did not seem like we were too rushed or stressed.“

The Knoxville metal titans will of course be hitting the road hard again now that they have a new collection of songs under their collective belt. For Wade, every record the band drops is an important stepping stone as they continue to build Whitechapel‘s legacy, and The Valley is no exception. “We have expanded on the sound we created on Mark Of The Blade and created a more cohesive work of art overall. I believe our fans will be able to hear and appreciate the overall mood and vibe that we created with this record, which applies to every aspect of it, including the artwork. Moreover, we are stronger now as a band than we have been in the past few years, and I hope that we are able to look back on this album and see it as a major transitioning period of our career, in a positive way.” Bozeman concurs, but makes it very much clear that ultimately, however anyone else reacts to it, The Valley is absolutely the record Whitechapel wanted to make, with no exceptions or limitations. “We write what we want, and no matter if it’s music, architecture, drawing or whatever, you should be able to create whatever you want. We make music for ourselves first and foremost, and if fans like it, great. If they hate it, great. That’s the beauty of art. You do it for yourself and if you’re lucky, make a living off of it.“